LOS ANGELES, Nov. 16, 2021 /PRNewswire/ — VinFast, the emerging global electric vehicle company, officially announced that its US Headquarters will be located in Los Angeles, California. The decision was welcomed by Los Angeles Mayor Eric Garcetti and several California and Los Angeles government officials. The move by VinFast — backed by Vietnam’s largest multi-disciplinary conglomerate Vingroup — is part of a global expansion that includes the introduction of an all-new lineup of electric vehicles in the US, Canada, and Europe starting in 2022. 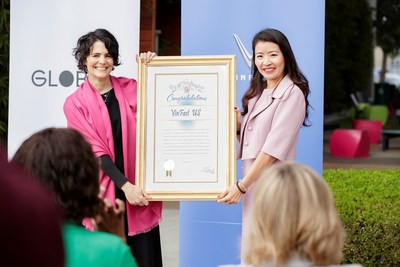 VinFast made its announcement to launch its US Headquarters during a press conference welcoming the Vietnamese carmaker to Los Angeles. The event held at the ‘new home’ of VinFast US was witnessed virtually by Mayor Eric Garcetti and attended in person by representatives from the California and Los Angeles government, including Governor Newsom’s Senior Economic Advisor Dee Dee Myers, Deputy Mayor Nina Hachigian.

VinFast’s US headquarters is located in the Playa Vista area – a neighborhood known as «Silicon Beach» and packed with tech firms in Los Angeles. California and its communities, Los Angeles in particular, are making bold commitments to accelerate the decarbonization of transportation systems. These factors provide an enriching environment for VinFast to realize its vision of becoming a global smart EV brand.

«Los Angeles is the transportation innovation capital of the world — a place where companies come to test, prove, and launch new technologies,» said Mayor Eric Garcetti. «We are so proud to welcome VinFast to our city as we continue leading the way to a better-connected, cleaner, and more sustainable transportation future.»

«We are excited to make Los Angeles the permanent home of VinFast US,» said VinFast US CEO, Van Anh Nguyen. «California in general and Southern California in particular are rapidly becoming the epicenter of the advanced transportation world thanks to forward-thinking ideas, an abundance of talented workers, and the passion for making transportation electrification a reality. We are grateful to Governor Newsom and Mayor Garcetti for their continued support.»

The VinFast US Headquarters is over 15,000 sq. ft. with room to expand. VinFast intends to establish its management team and hire more than 400 employees at its headquarters and regional office in Los Angeles within the next several years. In addition to its corporate headquarters in Los Angeles, VinFast is investing in regional offices, a call center, and a network of storefronts to help introduce the brand and products to American customers and expand investment plans in the future.

Mayor Garcetti also announced the launch of the new Global LA program, which is designed to attract new foreign direct investment to the Los Angeles Region.

VinFast’s decision to place its US Headquarters in California was due in part to a $20.5 million tax credit awarded by the California Governor’s Office. The California government’s announcement, released on November 5, builds on VinFast’s investment of more than $200 million in its initial phase in California, thus creating over 1,000 new, full-time jobs statewide.

«I’m thrilled that VinFast has committed to the investment and quality job creation that earned them a CalCompetes Tax Credit,» said GO-Biz Director Dee Dee Myers. «Their decision to establish their U.S. headquarters here in California reinforces our state’s role as a leader in both innovation and sustainability, and we look forward to working with them as they grow their business here in the years ahead.»

VinFast was one of the few foreign businesses awarded the California Competes (CalCompetes) Tax Credit given by the California Governor’s Office of Business and Economic Development (GO-Biz). After assessing the most competitive applications, the award was given based on job creation, investment, economic development, strategic importance, and other factors.

VinFast’s award is the largest CalCompetes tax credit ever awarded to an automotive company and one of the top ten largest awards given to any company in the program’s near ten-year history.

VinFast will officially debut two of its first electric vehicles, the VF e35 and VF e36, at the upcoming Los Angeles Auto Show (November 17 – 28, 2021). These two full battery-electric SUV models in the respective D & E market segments integrate ADAS (Advanced Driver-Assistance Systems) and Smart Infotainment. They are created based on VinFast’s strategic investments, pioneering R&D, and global collaboration with automotive industry leaders and innovative start-ups. VinFast is proud to be the only Vietnamese EV brand to bring a smart, comprehensive, and environmentally friendly tech ecosystem for e-mobility to a major global event./.

About Vingroup and VinFast

Established in 1993, Vingroup is one of the leading private conglomerates in the region, with a total capitalization of 35 billion USD from three publicly traded companies (as of Nov 4, 2021). Vingroup currently focuses on three main areas: Technology, Industry and Services. Find out more at: https://www.vingroup.net/en

VinFast – a member of Vingroup – is a brand driving the movement of global smart electric vehicle revolution. Established in 2017, VinFast owns a state-of-the-art automotive manufacturing complex with leading scalability that boasts up to 90% automation in Hai Phong, Vietnam.

VinFast has announced three electric car models as well as the exceptional battery leasing policies and the 10-year-warranty policies. In July 2021, VinFast started expanding to the North American and European markets. Two of its smart electric SUV models – VF e35 and VF e36, are expected to be available for pre-orders globally in the first half of 2022. Find out more at https://vinfastauto.com 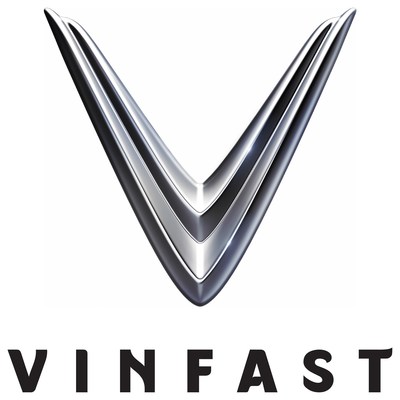