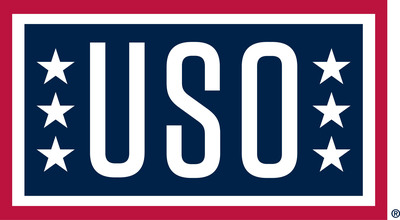 «The USO is looking forward to joining service members and New England Patriots fans at Gillette Stadium to give more than thanks for our military’s sacrifices later this month,» said Rebecca Parkes, President of the USO Northeast Region. «Service members and their families sacrifice so much to protect our country, and we are proud to keep them connected to family, home, and country through fun opportunities like this one.»

Admiral Michael Gilday CNO and General James McConville CSA will be in attendance to present the two Enlistment Ceremonies honoring 50 future soldiers and 50 future sailors, set to take place prior to kick-off. Both Massachusetts natives, this will be the first time the two officers present the ceremony together at the Salute to Service Game.

In addition, the USO and New England Patriots invite military supporters attending the game in person and watching from home to celebrate our Armed Forces through ceremonies and events including:

About the USO:
The USO strengthens America’s military service members by keeping them connected to family, home, and country, throughout their service to the nation. At hundreds of locations worldwide, we are united in our commitment to connect our service members and their families through countless acts of caring, comfort, and support. The USO is a private nonprofit organization, not a government agency. Our programs, services, and entertainment tours are made possible by the American people, the support of our corporate partners, and the dedication of our volunteers and staff. To join us in this important mission and learn more about the USO, please visit USO.org or follow us on Facebook, Twitter, and Instagram.

About the NFL’s Salute to Service:
Salute to Service is the NFL’s year-long initiative to honor, empower and connect our nation’s service members, veterans, and their families. Since 2011, this effort has raised more than $44 million for military and veteran support organizations such as the Bob Woodruff Foundation (BWF), Pat Tillman Foundation (PTF), Tragedy Assistance Program for Survivors (TAPS), United Service Organizations (USO) and Wounded Warrior Project® (WWP). For more information on Salute to Service, visit NFL.com/Salute.