WASHINGTON, Nov. 11, 2021 /PRNewswire/ — In observance of Veterans Day, the Tunnel to Towers Foundation hosted a name reading ceremony honoring the American service members who have died in the Global War on Terror. 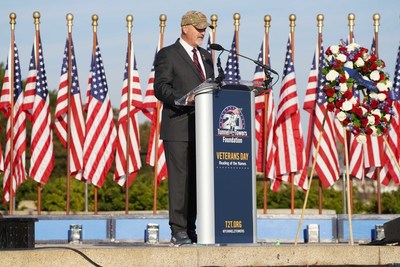 During the reading of the 7,070 names, Tunnel to Towers Chairman and CEO Frank Siller announced the Foundation has provided mortgage-free homes or paid off mortgages held on the homes of 35 Gold Star families around the country through its Gold Star Family Home Program.

Cassie Lohrey, whose husband, Navy Hospital Corpsman 1st Class Ryan Lohrey, was killed on July 10, 2017, was one of the families who had their mortgage paid in full.

«When I found out Tunnel to Towers had paid off my home, the feeling was surreal. I was in utter shock and disbelief that we were receiving this opportunity. It allows me to focus on my daughter. I can spend more time on educating and raising her to be the best possible person she can be. I am very grateful for the Tunnel to Towers foundation and all of the donors that made this miracle happen for us,» said Lohrey.

Tunnel to Towers paid off or provided mortgage-free homes to 35 Gold Star families in 18 states including:

Gold Star widows from around the country traveled to Washington D.C. to take part in the ceremony at the Lincoln Memorial, where over the course of the day the names of all 7,070 military personnel who lost their lives in America’s military response to the September 11th attacks were read aloud.

«He is more than a number. To read Roger’s name in that glorious setting will always be imprinted in my mind. I was truly grateful to be here along with the many others who have lost their loved ones.»

Nancy Gass, Gold Star Spouse of U.S. Army Staff Sergeant Girard «Jerry» Gass Jr. said, «To read my husband’s name on the steps of a presidential memorial in our nation’s capital was surreal. He was a humble hero. He sought no accolades. He loved his job. He did it because he cared; because it was the right thing to do; because he could; and because someone had to do it. He was just a good man. Being given this chance to read his name is a reminder to our children, to his parents and brother, to his Special Forces brotherhood, to all that knew and loved and lost him, that our country remembers…remembers that he was someone special.»

For Tunnel to Towers Chairman and CEO Frank Siller, the honor of reading the names of those lost in these conflicts was long overdue.

«Every year we read the names of those we lost on September 11th. This year, on the 20th anniversary of those attacks, I wanted to honor the memory of those heroes who helped America fight back. By reading their names in our nation’s capital, we will show those families America hasn’t forgotten their sacrifice,» said Siller.

The memorial name reading ceremony took place in front of the Veterans & Athletes United traveling Global War on Terror Memorial Flag. It is a 28 foot wide by 6 foot tall tribute made up of more than 7,000 dog tags bearing the names of those who have fallen in the War on Terror.

Tunnel to Towers paid tribute to each of the fallen with a luminary bearing their name. The lights  surrounded the Lincoln Memorial reflecting pool.

The entire ceremony is available on the Tunnel to Towers Facebook page.

By the end of the year, the Foundation will have delivered 450 homes in its 20-year history.

About the Tunnel to Towers Foundation

The Tunnel to Towers Foundation is dedicated to honoring the sacrifice of FDNY Firefighter Stephen Siller, who laid down his life to save others on September 11, 2001. For 20 years the Foundation has supported our nation’s first responders, veterans, and their families by providing these heroes and the families they leave behind with mortgage-free homes. For more about the Tunnel to Towers Foundation and its commitment to DO GOOD, please visit T2T.org. 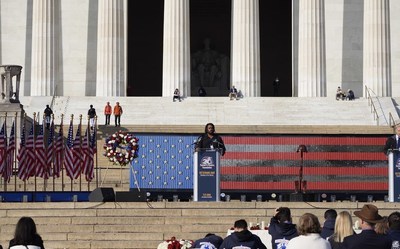 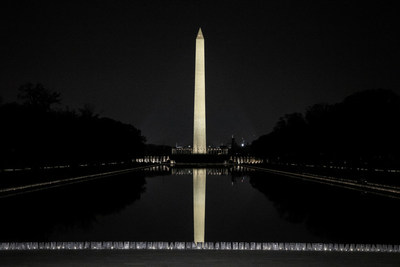