WASHINGTON, Jan. 27, 2021 /PRNewswire/ — The National Capital Bank of Washington (NCB) reported net income of $1,003,000, or $3.51 per common share, for the three months ended December 31, 2020, compared to net income of $495,000 or $1.73 per share for the quarter ended December 31, 2019.  For the year ended December 31, 2020, NCB reported net income of $2,648,000, or $9.26 per share, compared to $2,552,000, or $8.94 for the year ended December 31, 2019. The fourth quarter results included a less-pronounced increase in the Bank’s allowance for loan loss after an aggressive response to the COVID-19 pandemic during the first nine months of 2020 which included significant increases in the Bank’s allowance for loan losses. The Bank has prudently built up its allowance for loan losses by $319,000 during the fourth quarter and by $2,013,000 for the full year of 2020. These adjustments were determined by performing an industry-sector analysis of the Bank’s loan portfolio and providing additional reserves on those sectors most at risk. This sector analysis was further informed by an analysis of the loan modifications made by the Bank since the beginning of the pandemic, as allowed for under the CARES Act. Loans with payment deferments granted during the pandemic represented 13% of total loans while loans in current deferments at year-end represented 3% of total loans. Although the annual charge-off rate for loans during 2020 was only 0.02% of average loans, the Bank has experienced an increase in non-performing loans to 0.32% of total loans on December 31, 2020 compared to 0.06% on December 31, 2019. 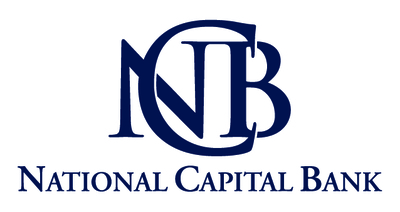 Total shareholders’ equity increased to $53,449,000 on December 31, 2020 from $48,873,000 a year ago.  The increase resulted from retained earnings for the past twelve months along with an increase in the market value of the Bank’s investment portfolio due to declines in longer-term interest rates.  For the year ended December 31, 2020 the return on average assets and return on average equity was 0.46% and 5.12%, respectively.

Richard B. (Randy) Anderson, Jr. President and Chief Executive Officer said, «Given the multitude of challenges experienced during 2020 driven by the COVID-19 pandemic and resulting economic impact it was particularly rewarding to end the year on a strong note.»  Anderson continued «As we look toward 2021, we realize some of these challenges will continue but, we are confident the Bank is well-positioned in terms of reserve adequacy, staffing and new digital offerings and capabilities to weather them and continue to build the franchise.»

The National Capital Bank of Washington was founded in 1889 and is Washington’s Oldest Bank. NCB is headquartered on Capitol Hill with offices in the Friendship Heights community in Northwest D.C., the Courthouse/Clarendon community in Arlington, Virginia and the Fox Hill senior living community of Bethesda, Maryland. NCB also operates residential mortgage and commercial lending offices and a wealth management services division. NCB product and service offerings include personal and business deposit accounts, robust eBanking, sophisticated treasury management solutions, remote deposit capture and merchant processing – all delivered with top-rated personal service.  NCB is well-positioned to serve all the banking needs of those in our communities.  For more information about NCB, visit www.nationalcapitalbank.com. The Bank trades under the symbol NACB.

Forward Looking Statements
This news release may contain certain forward-looking statements, such as statements of the Bank’s plans, objectives, expectations, estimates and intentions.  Forward-looking statements may be identified using words such as «expects,» «subject,» «will,» «intends,» «will be» or «would,» These statements are subject to change based on various important factors (some of which are beyond the Bank’s control) and actual results may differ materially.  Accordingly, readers should not place undue reliance on any forward-looking statements (which reflect management’s analysis of factors only as of the date of which they are given).  These factors include general economic conditions, trends in interest rates, the ability of the Bank to effectively manage its growth and results of regulatory examinations, among other factors.  The foregoing list of important factors is not exclusive.