LONDON, Nov. 17, 2021 /PRNewswire/ — Suade Labs, a globally recognised leader in financial and regulatory technology, has raised a Series A funding round. 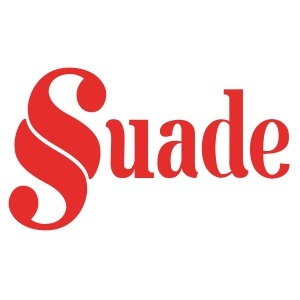 The fundraising was led by Glenn Hutchins, as well as other strategic investors. As Chairman of North Island, Co-founder of Silver Lake and former board member of the Federal Reserve Bank of New York, Glenn Hutchins brings a wealth of experience to the Company in the financial and regulatory technology space. Mr Hutchins will join the Company’s Board of Directors.

Eugene Ludwig, Founder and Chairman of Promontory Financial Group and the former Comptroller of the Currency in the Clinton Administration, is joining Suade as a special advisor. Other notable investors participating in the funding round include Michael Corbat, former CEO of Citigroup; Tom Glocer, former CEO of Thomson Reuters; Philippe Laffont, Founder of Coatue Management; Joe Moglia, former Chairman of the board at TD Ameritrade; Randall Stephenson, former Chairman and CEO of AT&T Inc and Lee Styslinger, Chairman and CEO at Altec. Digital Currency Group, a leading investor in the digital currency arena, also formed part of the Series A round.

«Suade is revolutionising regulatory reporting and is one of the most exciting companies I have seen,» said Mr Hutchins. «Its reporting solution and simplified data standardisation approach accelerates and harmonises the implementation of regulatory requirements. Suade is perfectly positioned to drive the industry towards a more digitally focused future, and I am delighted to be joining their Board to support them on the journey.»

Suade Labs’ trusted platform offers financial institutions around the world the ability to automate and scale end-to-end regulatory reporting capabilities through a data-centric approach. The RegTech pioneer, founded in 2014 by Diana Paredes and Murat Abur, is transforming regulatory interpretation and delivery through utilisation of the only open-source global regulatory data standard, FIRE, and modern technologies such as machine learning and natural language processing.

«When we founded the Company, we knew that the approach to solving large scale regulatory harmonisation problems would require a large amount of groundwork and the right kind of investor and support,» said Ms Paredes, Suade’s CEO. «We are pleased that after executing on our initial vision, we have developed significant technological IP and are now driving the market forward as thought leaders and agents for positive change. We are honoured by the support we have received from this group of investors and their unparalleled experience in leading, growing and advising businesses in technology, financial services and beyond.»

Founded in 2014, Suade is a RegTech firm offering Regulation-as-a-Service to automate regulatory reporting and compliance for financial institutions. Its data-driven approach to regulation, as well as its use of innovative technology such as natural language processing and machine-learning, has distinguished Suade as a global leader in the industry. It has received numerous awards and titles, including being recognised as a Global Innovator by the World Economic Forum. Suade has the fastest system in the market. It services financial institutions all over the world and operates globally in offices across the UK, Europe, North America, and Asia.

AAG Ventures Raises $12.5M in Private Round to Create Economic Empowerment through Play-To-Earn and Learn-To-Earn