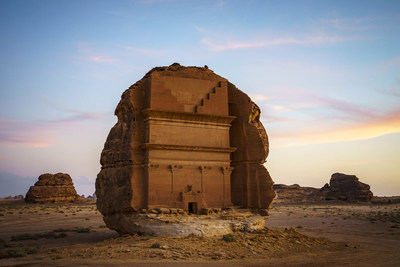 Signed at the UNESCO Headquarters in Paris, the agreement accelerates the ongoing cultural and socio-economic renaissance of AlUla by further protecting its historical, natural and cultural sites as well as its local culture, by fostering capacity building and knowledge transfer with experts from around the world joining RCU efforts to transform AlUla into a benchmark destination for heritage, nature, arts & culture.

Audrey Azoulay, Director General, UNESCO declared: «The relationship between Saudi Arabia and UNESCO builds on a long history that extends back to 1946, when the Kingdom became a Member State of our Organization. Today, cooperation between UNESCO and the Kingdom of Saudi Arabia is taking another important step forward, with a view to accompanying a major transformation of the AlUla region.»

HH Prince Badr bin Abdullah Al-Saud, Governor of RCU and Minister of Culture of the Kingdom of Saudi Arabia said: «It is the vision of His Royal Highness Prince Mohammed bin Salman, Crown Prince of Saudi Arabia, to transform AlUla into a global destination for heritage, nature, arts & culture. The signing of this first-of-its-kind agreement is another significant moment in our journey towards reaching these ambitions and building upon the enduring relationship that exists between Saudi Arabia, RCU and UNESCO. Aligned with Saudi Arabia’s Vision 2030 plans and UN Sustainable Development Goals, this partnership will connect AlUla’s past, present and future by harnessing the power of education, science and culture to act as a catalyst for sustainable development model and long-lasting change.»

HH Princess Haifa AlMogrin, Ambassador, Saudi Arabia’s Permanent Delegation to UNESCO said: «The Kingdom of Saudi Arabia is home to some of the most unique and culturally significant heritage sites, of which AlUla is the most iconic and inspiring. As a global institution that celebrates and protects cultural and heritage diversity, UNESCO will be instrumental in helping to advance RCU’s commitment to fulfil the potential of the AlUla region, its people, landmarks and natural environment through diverse development and economic programmes that reflect Saudi Arabia’s Vision 2030 and UNESCO’s efforts towards Sustainable Development.»

Amr AlMadani, CEO of RCU said: «Mutually beneficial partnerships and alliances are essential to our strategy and demonstrate an open and engaged dialogue that amplifies AlUla’s heritage status and show culture’s capacity to be an engine for sustainable and long-term development. The alignment of RCU, UNESCO and Saudi Arabia’s Vision 2030 is powering growth, fostering intellectual, cultural and scientific exchange and enabling wisdom to grow on a global scale in full alignment with the 17 UN’s Sustainable Development Goals. Our motive for protecting and evolving AlUla is to help bring it to the world, to develop shared knowledge, grow understanding of AlUla’s past and anticipation of its future by establishing it as a destination of global prominence for visitors and residents alike, in partnership with UNESCO.»

AlUla tells the story of 200,000 years of human history. It has been home to ancient civilisations, including the Dadanties, Lihyanites and Nabateans who each left their indelible imprint on the area, most clearly preserved in grand tombs carved into the mountains.

The partnership will see the implementation of knowledge-based initiatives to transform sustainably and responsibly the cultural, heritage and natural landscape of AlUla and establish this vast swathe of north-west Saudi Arabia as the world’s largest living museum.

AlUla’s development will establish it as a unique destination home to a culturally rich local population who are empowered to interact with and inspire visitors through informed story telling.

Leading academics from across the globe will be invited to explore AlUla through immersive opportunities designed to unlock the secrets of ancient languages and societies that are captured in time in AlUla.

RCU will work alongside UNESCO and global experts on key programmes including:

The jewel in Saudi Arabia’s heritage crown, AlUla is part of the Kingdom’s Vision 2030 plan to unlock its vast cultural, tourism and economic potential. UNESCO and Vision 2030’s Agenda for Sustainable Development are strategically aligned to promote education, culture and science as a powerful platform to stimulate economic opportunities, job creation and growth.

Spanning the next five years and focused on 10 programmes, the new partnership includes the listing of new natural and cultural sites under UNESCO’s taxonomy to protect and promote local heritage and natural landscape and ecosystems. Key sectors that will shape this include heritage conservation, education and capacity building, nature and creative arts, with local people as the main beneficiaries of AlUla’s development.

Helping to open up the long-hidden potential, knowledge and unique culture that make up Saudi Arabia’s identity and heritage, AlUla will act as a laboratory for sustainable development models and conservation practices while also enabling UNESCO to increase its footprint in the region.

The agreement builds on a long history of collaboration between Saudi Arabia and UNESCO that extends back to 1946 when the Kingdom was one of 20 countries to ratify the UNESCO constitution. Over the years this relationship has continued to thrive and develop in both directions; UNESCO designated Hegra in AlUla as Saudi Arabia’s first World Heritage Site in 2008, KSA became a member of UNESCO’s Executive Committee in 2019 and was elected to UNESCO’s Intangible Cultural Heritage Committee for the first time in 2020.

Note to editors:
It is always AlUla / not Al-Ula

About the Royal Commission for AlUla
The Royal Commission for AlUla (RCU) was established by royal decree in July 2017 to preserve and develop AlUla, a region of outstanding natural and cultural significance in north-west Saudi Arabia. RCU’s long-term plan outlines a responsible, sustainable, and sensitive approach to urban and economic development, that preserves the area’s natural and historic heritage, while establishing AlUla as a desirable location to live, work, and visit. This encompasses a broad range of initiatives across archaeology, tourism, culture, education, and the arts, reflecting a commitment to meeting the economic diversification, local community empowerment, and heritage preservation priorities of the Kingdom of Saudi Arabia’s Vision 2030 programme.

About UNESCO
UNESCO is the United Nations Educational, Scientific and Cultural Organization. It seeks to build peace through international cooperation in Education, the Sciences and Culture. UNESCO’s programmes contribute to the achievement of the Sustainable Development Goals defined in Agenda 2030, adopted by the UN General Assembly in 2015. 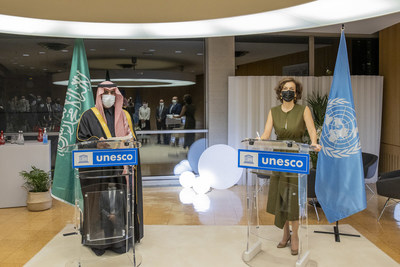 SOURCE The Royal Commission for AlUla