TORTOLA, British Virgin Islands, Nov. 22, 2021 /PRNewswire/ — Generation Z is widely regarded as the first generation of true digital natives, having little to no memory of the world as it existed before smartphones. ExpressVPN commissioned a study, in collaboration with Pollfish, surveying 1,500 Americans between the ages of 16 to 24 to reveal the extent to which this generation is impacted by their use of social media. 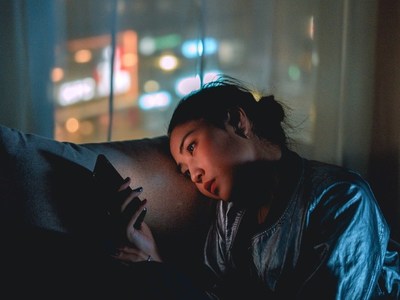 For many in Generation Z, feeling accepted by one’s peers is quantifiable through social media platforms. In fact, most Gen Z respondents admit that social media impacts their happiness (86%), self-image (85%) and anxiety (83%). This is likely the reason why nearly half of Generation Z admit that they’ve deleted a post that’s not getting the desired amount of likes.

Another way that Gen Z is actively protecting themselves and their private content is by creating alternate accounts that can be used for public vs. private content. According to ExpressVPN’s findings, 40% of Gen Z respondents said they have a «Finsta» or fake Instagram account, more than half of which have three or more accounts. The primary reason for these fake accounts is that they provide a certain level of anonymity within the social media sphere. Yet, it’s important to note that there are also some nefarious uses of such profiles that other users should be aware of. For example, 1 in 4 (25%) say they use their «Finsta» to look at other people’s profiles anonymously, 18% to follow someone who blocked a separate account, and 17% specifically to keep tabs on an ex.

They also take risks when it comes to their online behaviors as they seek to level up their online reputation. A staggering 1 in 3 members of Generation Z have purchased followers on social media, even though half of them knew it was a security risk and the high likelihood of the followers being bots. Yet, they’d take the risk for the potential of getting a verified profile (40%), convincing followers they have more friends than they actually have (38%) and/or the prospect of attracting brand collaborations (36%).

«One of the most surprising findings is that even though Gen Z knows how social media corporations are mining personal data and selling it to third parties, they are still willing to disclose their most personally identifiable details in exchange for social media fame. An Instagram post or TikTok video might grant a few days of fame, but a third-party company’s access to your personal information can last forever,» commented Harold Li, vice president, ExpressVPN.

This survey was commissioned in October 2021 by ExpressVPN, in collaboration with online sampling service, Pollfish. The sample included 1,500 Americans, 1,500 French and 1,500 Germans, all aged 16 to 24.

Founded in 2009, ExpressVPN is one of the world’s largest providers of VPN services, enabling users to protect their privacy and security online with just a few clicks. The company’s award-winning software for Windows, Mac, iOS, Android, Linux, routers, and browsers secures user information and identities with best-in-class encryption and leakproofing. With servers across 94 countries, ExpressVPN provides a fast connection wherever users are and offers uncensored access to sites and services from around the world. To learn more about ExpressVPN’s privacy and security solutions, visit expressvpn.com.

AAG Ventures Raises $12.5M in Private Round to Create Economic Empowerment through Play-To-Earn and Learn-To-Earn