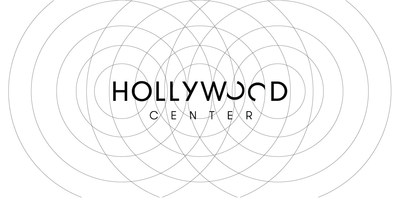 The $1 billion mixed-use development will provide Hollywood with over 800 market rate units and more than 130 units dedicated for extremely-low and very-low-income older adults. These senior affordable units represent the largest provision of this type of housing in a privately financed project in the history of the City of Los Angeles.

Representatives of numerous LA area social service agencies serving seniors and the homeless spoke in support of Hollywood Center, stressing the need for affordable housing for senior citizens to enable neighborhood residents to age in place.

Brandi Orton of St. Barnabas Senior Services, which operates the nearby Hollywood Senior Center, said that seven out of the 10 people walking through their doors on a daily basis express uncertainty about their housing situations. Hollywood Center would be a big step in the right direction to addressing that, she said, through its 133 units of senior affordable housing.

«The time to grow our housing options in Los Angeles is now. These buildings would provide much needed affordable housing for one of the City’s most vulnerable and fastest growing populations: low and very-low income older adults,» Orton said. «The project, which is located in the heart of Hollywood, will offer these individuals an opportunity to have critical neighborhood serving resources such as grocery stores, pharmacies, entertainment, and public transportation, all within a short walk from their front door.»

«In providing 133 units of affordable housing for seniors, this project addresses one of the city’s most urgent needs – affordable housing for older Angelenos,» said Zack Warma of the Downtown Women’s Center. «Average monthly income from Social Security alone puts most seniors dangerously close to the federal individual poverty level. Even the maximum benefit – which is very difficult to obtain – results in an annual income that is far below the cost of comfortable living in cities such as Los Angeles.»

«Increasing the City’s supply of housing while setting aside affordable units for older adults within mixed-use projects is something to be encouraged. For this reason, we are proud to be partners in the Hollywood Center development,» said Anne Friedrich of Menorah Housing, which will be managing the affordable units at Hollywood Center. «This privately financed solution is exactly the type of creative avenue needed in Los Angeles to building more affordable housing, especially for our seniors.»

The affordable housing units were cited as the project’s most notable community benefit by many of the speakers because they meet a pressing need in the Hollywood area.

«LA has both a housing and homeless crisis and we need more housing in high-opportunity areas,» said Rodrick Hall of Abundant Housing LA. «As we begin to think about a post-COVID recovery we need to start thinking about housing.»

Other supportive speakers included neighborhood residents, business organizations such as the Hollywood Chamber of Commerce, and labor representatives.

«I invested in this community because I believe in the vision of a revitalized Hollywood that could become a vibrant neighborhood,» said Mike Morrison, a Hollywood resident. «This project is important to show we believe in the future of the community, but we value investment that will bring housing, especially senior affordable housing, and jobs for the future.»

«I am strongly in favor of the Hollywood Center project,» added Hollywood resident Edward Stanza, «especially all of its services it’s going to offer our seniors and the community at large.»

The Planning Department hearing is the first step in the city’s entitlement process. Next up will be a hearing before the City Planning Commission this fall.

MP Los Angeles officials expressed appreciation for the outpouring of support at the hearing.

«It was gratifying to hear support for our plans from such a diverse group of community leaders and members,» said Mario Palumbo, managing partner, MP Los Angeles. «We are proud of the partnership with Menorah Housing which allows us to be a part of the solution to addressing this city’s most critical need.»