SHANGHAI, Nov. 18, 2021 /PRNewswire/ — DPVR announced that it has recently completed a new round of tens of millions of dollars in financing. The investors are composed of investment institutions such as Lianxin Fund under Union Optech(300691.SZ), Qianyi Capital and Xiaocun Capital.

With this round of financing in place, DPVR will be committed to the terminal infrastructure construction of Metaverse, building a thriving virtual space, creating more efficient interaction methods, integrating more immersive content with more advanced technologies.

Founded in March 2015, DPVR has been developing key VR technology for seven years. It is a company that integrates software solutions and hardware design and manufacturing. It has customers spread over 40+ countries around the world, serving 13,000 + developers. 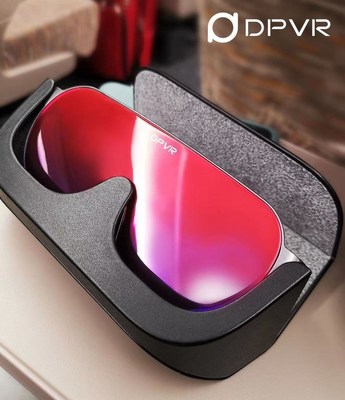 DPVR was recently selected as one of the «Top 50 VR Companies in China» for three consecutive years from 2019 to 2021. In September 2021, DPVR launched P1 Ultra 4K all-in-one VR headset with a modular design and it is equipped with Qualcomm Snapdragon 845, with more than 30% higher performance than previous models. This product also won the VR/AR Innovation Award in 2021 World VR Industry Conference Cloud Summit. As the most instrumental part of the metaverse age, VR hardware has been updated and iterated rapidly in various aspects such as chips, screens, and data transmission capabilities in recent years.

From Q4 of 2020 to Q1 of 2021, DPVR maintains a rapid growth in shipments. According to Counterpoint data, DPVR’s Q4 overseas shipments in 2020 ranked Top 5 in the world.

The investor, Qianyi Capital, said, «Qianyi Capital has been optimistic about VR industry for a long time. As one of the earliest VR headset companies established in China, DPVR has its own VR technology and large customer base, and its business model and core team are more mature. Qianyi Capital is pleased to work with DPVR to promote the development of the industry.«

Li Pengfei, a co-funder of Xiaocun Capital, said, «DPVR, founded by Mr. Chen Zhaoyang, is one of the first batches of outstanding companies in the field of VR in China. After years of steady development, it has accumulated affluent experience and technologies. It has formed its own unique strategy to expand its market, which makes it one of the most valuable VR companies that deserve to be invested. Xiaocun Capital will continue to work closely with DPVR to build an entire metaverse ecological chain».

Chen Zhaoyang, the founder of DPVR, said that DPVR would continue to increase investment in product research and development, introduce top talents, and create excellent VR products for users. Looking forward to the next decade, Metaverse, evolving from the Internet, will give birth to a new type of economy, society, and civilization. A series of new and exciting technological revolutions are kicking off. DPVR would like to work with upstream and downstream partners to explore the development of the industry from the aspects of technology, standards, content, etc., to build a more imaginative future.