MIGDAL HAEMEK, Israel, Nov. 18, 2021 /PRNewswire/ — Camtek Ltd. (Nasdaq: CAMT; TASE: CAMT), a leading manufacturer of metrology and inspection equipment for the semiconductor industry, announced today the pricing of $175 million aggregate principal amount of 0% Convertible Senior Notes due 2026 (the «Notes«) in a private offering (the «Offering«) to persons reasonably believed to be qualified institutional buyers pursuant to Rule 144A under the Securities Act of 1933, as amended (the «Securities Act«). The offering was upsized from the previously announced $140 million aggregate principal amount of the Notes.  In addition, Camtek has granted to the initial purchasers of the Notes an option to purchase, for settlement within a 13-day period beginning on, and including, the date on which the Notes are first issued, up to an additional $25 million aggregate principal amount of the Notes. The sale of the Notes to the initial purchasers is expected to close on November 23, 2021, subject to customary closing conditions. 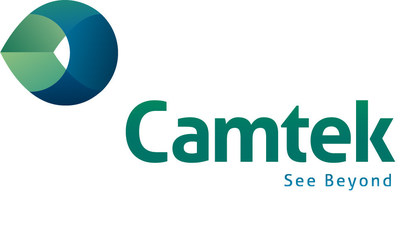 The Notes will be convertible based on an initial conversion rate of 17.1092 ordinary shares per $1,000 principal amount of notes, equivalent to an initial conversion price of approximately $58.45 per ordinary share, which represents a conversion premium of approximately 30% to the last reported sale price of Camtek’s ordinary shares on The Nasdaq Global Market on November 18, 2021. The conversion rate is subject to adjustment if certain events occur. Prior to the close of business on the business day immediately preceding August 1, 2026, the Notes will be convertible at the option of the holders of Notes only upon the occurrence of certain events, the satisfaction of certain conditions and during certain periods. On or after August 1, 2026 and until the close of business on the second scheduled trading day immediately preceding the maturity date, holders may convert all or any portion of their notes at any time irrespective of the foregoing conditions. The Notes will be convertible into cash, ordinary shares of Camtek or a combination thereof, with the form of consideration determined at Camtek’s election.

Camtek estimates that the net proceeds from the Offering will be approximately $170.1 million (or $194.5 million if the initial purchasers exercise their option to purchase additional Notes in full), after deducting fees and estimated offering expenses payable by Camtek.

Camtek intends to use the net proceeds from the Offering for general corporate purposes, including, but not limited to, potential acquisitions, working capital, capital expenditures, investments, research and development and product development. Camtek has not determined the amount of net proceeds to be used specifically for the foregoing purposes and has no agreements or understandings with respect to any acquisition or investment at this time.

The Notes were offered only to persons reasonably believed to be qualified institutional buyers pursuant to Rule 144A under the Securities Act. The offer and sale of the Notes and the ordinary shares of Camtek potentially issuable upon conversion of the Notes, if any, have not been, and will not be, registered under the Securities Act, any state securities laws or the securities laws of any other jurisdiction, and unless so registered, the Notes and such shares, if any, may not be offered or sold in the United States except pursuant to an applicable exemption from such registration requirements.

This press release does not constitute an offer to sell or the solicitation of an offer to buy the Notes described herein, nor shall there be any sale of the Notes (or any ordinary shares of Camtek issuable upon conversion of the Notes, if any) in any state or other jurisdiction in which such offer, solicitation or sale would be unlawful prior to the registration or qualification under the securities laws of any such state or other jurisdiction.

Camtek is a leading developer and manufacturer of high-end inspection and metrology equipment for the semiconductor industry. Camtek’s systems inspect IC and measure IC features on wafers throughout the production process of semiconductor devices, covering the front and mid-end, and up to the beginning of assembly (Post Dicing). Camtek’s systems inspect wafers for the most demanding semiconductor market segments, including Advanced Interconnect Packaging, Memory, CMOS Image Sensors, MEMS and RF, serving the industry’s leading global IDMs, OSATs and foundries. Camtek’s world-class sales and customer support infrastructure is organized around eight subsidiaries based in the US, Europe, Japan, China, Hong Kong, Taiwan, Korea and Singapore.

This press release contains statements that may constitute «forward-looking statements» within the meaning of Section 27A of the Securities Act and Section 21E of the Securities Exchange Act of 1934, as amended, or the Exchange Act, and the safe-harbor provisions of the Private Securities Litigation Reform Act of 1995. Such forward-looking statements are based on the current beliefs, expectations and assumptions of Camtek Ltd. («we,» «us» and «our»). Forward-looking statements can be identified by the use of words including «believe,» «anticipate,» «should,» «intend,» «plan,» «will,» «may,» «expect,» «estimate,» «project,» «positioned,» «strategy,» and similar expressions that are intended to identify forward-looking statements, although not all forward-looking statements contain these identifying words. These forward-looking statements involve known and unknown risks and uncertainties that may cause the actual results, performance or achievements of Camtek to be materially different from any future results, performance or achievements expressed or implied by such forward-looking statements, including but not limited to whether Camtek will issue the Notes and the anticipated use of proceeds from the Offering. Our actual results and performance could differ materially from those projected in the forward-looking statements as a result of many factors, including as a result of the effect of the COVID-19 crisis on the global markets and on the markets in which we operate, including the risk of the continuation of disruptions to our and our customers’, providers’, business partners’ and contractors’ businesses as a result of the COVID-19 pandemic; our expectations regarding sufficiency of cash on hand; our dependency upon the semiconductor industry and the risk that unfavorable economic conditions or low capital expenditures may negatively impact our operating results; anticipated trends and impacts related to industry component and substrate shortages; the future purchase, use, and availability of components supplied by third parties; impurities and other disruptions to our customers’ operations, which could lower production yields or interrupt manufacturing, and could result in the cancellation or delay of purchase of our products; the highly competitive nature of the markets we serve, some of which have dominant market participants with greater resources than us; the rapid evolvement of technology in the markets in which we operate, and our ability to adequately predict these changes or keep pace with emerging industry standards; the risks relating to the concentration of a significant portion of our business in certain countries in the Asia Pacific Region, particularly China (which is our largest territory), Taiwan and Korea; changing industry and market trends; reduced demand for our products; the timely development of our new products and their adoption by the market; increased competition in the industry; price reductions; and those other factors discussed in our Annual Report on Form 20-F and other documents filed by the Company with the SEC as well as other documents that may be subsequently filed by Camtek from time to time with the SEC.