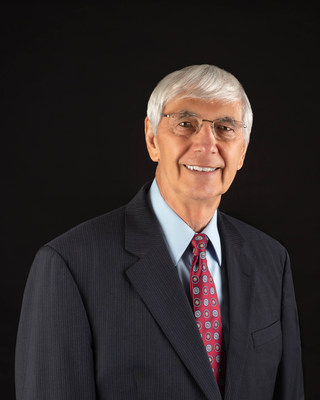 Dr. Ely assumes leadership of the association during the most turbulent year in recent memory.

«Supporting our physicians through the COVID-19 crisis is at the top of my mind,» says Dr. Ely. «The health of this nation is reliant on a physician force that is under-resourced, overworked and at risk of both physical and mental health consequences. We must meet this challenge head-on.»

The AOA represents more than 151,000 osteopathic physicians (DOs) and osteopathic medical students, many of whom serve on the front lines as emergency physicians, family doctors, hospitalists, and physicians in other specialties.

Advocacy will be a priority

«We’ve seen some advances in telehealth because of the pandemic, but there’s more to be done to protect the health, and livelihood, of our health care community and public,» says Dr. Ely. «Appropriate protection is required for physicians and all healthcare providers on the front lines on the front lines, and appropriate compensation is needed for physician practices who invest in the services that enable care to continue.»

The AOA offers telemedicine resources for osteopathic physicians interested in updating their practices. The professional organization also offers members access to masks and other PPE through a carefully selected industry relationship. At the federal level, the AOA has been advocating continuously for Congressional legislation for support for all healthcare providers.

«On the public health front, it is my personal mission to advocate for vaccinations and immunizations,» says Dr. Ely. «We must fight this war on all sides and prevent future disease from spreading. Please get your flu shot and take your children to the doctor to get their scheduled vaccinations.»

A leader with a team-based approach

Dr. Ely credits his years of military and private practice experience for his strong leadership capabilities. His decades of leadership experience—including 20 years in the military, and two combat tours in Vietnam—will be critical to the continued growth of the profession.

An aeromedical evacuation pilot with the Army early in his career, Dr. Ely later worked for the Army Surgeon General. His success in that role led him to pursue medical school at what is now the Kansas City University of Medicine and Biosciences College of Osteopathic Medicine (KCU-COM).

After decades of service, he opened a private practice in Clarksville, Tennessee, with a fellow KCU-COM graduate, eventually joining with other physician practices to form a large physician led multispecialty medical group. Later, he joined hospital leadership, transitioning from chief of medical staff to director of medical affairs and finally chief medical officer for 13 years. Currently, Dr. Ely is a health care consultant.

«When I applied to medical school in 1976, there were only eight DO schools,» says Dr. Ely. «Leading this proud profession through the pandemic and into another period of sustained growth will be my greatest honor.»

About the AOA
The American Osteopathic Association (AOA) represents more than 151,000 osteopathic physicians (DOs) and osteopathic medical students; promotes public health; encourages and funds scientific research; serves as the primary certifying body for DOs; and is the accrediting agency for colleges of osteopathic medicine.

To learn more about DOs and the osteopathic philosophy of medicine, visit www.DoctorsThatDO.org.

About the AOA House of Delegates
The AOA’s House of Delegates, comprised of more than 500 delegates, representing osteopathic state medical associations, specialty societies, residents, fellows, and students from throughout the country, meets annually in July to set organizational policies for the American Osteopathic Association and elect its Board of Trustees and officers.