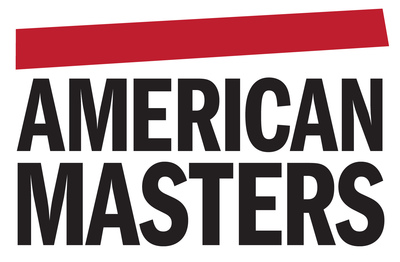 American Masters — Mae West: Dirty Blonde is the first major documentary film to explore Mae West’s incredible life and career, as she worked tirelessly to become a writer, performer and subversive agitator for social change. West earned great acclaim in every entertainment medium that existed during her lifetime. A full-time actress at the age of seven, vaudevillian performer at 14, dancing sensation at 25, Broadway playwright at 33, silver screen ingénue at 40, Vegas nightclub act at 62, recording artist at 73 and camp icon at 85, West left no format unconquered. She possessed creative and economic powers unheard of for a female entertainer in the 1930s, and still rare today. Though she was a comedian, West grappled with some of the more complex social issues of the 20th century, including race and class tensions, and imbued even her most salacious plotlines with commentary about gender conformity, societal restrictions and what she perceived as moral hypocrisy. The film is produced and directed by Sally Rosenthal and Julia Marchesi.

In American Masters – Toni Morrison: The Pieces I Am the the Nobel laureate novelist, essayist, editor and professor leads an assembly of her peers, critics and colleagues on an exploration of race, America, history and the human condition as seen through the prism of her literature. Inspired to write because no one took a «little black girl» seriously, Toni Morrison reflects on her lifelong deconstruction of the master narrative. Woven together with a rich collection of art, history, literature and personality, the film features discussions about her many critically acclaimed works, including novels «Beloved,» «The Bluest Eye,» «Sula» and «Song of Solomon,» her role as an editor of iconic African American literature and her time teaching at Princeton University. The documentary is directed by Timothy Greenfield-Sanders and features interviews with Hilton Als, Angela Davis, Fran Lebowitz, Walter Mosley, Sonia Sanchez and Oprah Winfrey.

Timed with the 2020 presidential election and the women’s suffrage centennial, American Masters – Unladylike2020: The Changemakers focuses on political change and civic engagement, examining the risks women took over 100 years ago that continue to shape our political landscape today. Among the women highlighted in the special are Martha Hughes Cannon, the country’s first female state senator; Jeannette Rankin, the first woman elected to the U.S. Congress; Mary Church Terrell, a leader in the anti-lynching movement and a founder of the NAACP; Jovita Idar, a journalist, and president of the first Mexican American women’s civil rights organization; and Zitkála-Šá, also known as Gertrude Simmons Bonnin, who lobbied for U.S. citizenship, voting rights, and sovereignty for American Indians a century ago. The special is based on the Unladylike2020 multimedia series of documentary shorts that launched in March on the American Masters YouTube channel and continues Wednesdays through August 26, Women’s Equality Day.

Launched in 1986 on PBS, American Masters set the standard for documentary film profiles, accruing widespread critical acclaim and earning 28 Emmy Awards — including 10 for Outstanding Non-Fiction Series and five for Outstanding Non-Fiction Special — 14 Peabodys, an Oscar, three Grammys, two Producers Guild Awards and many other honors. To further explore the lives and works of masters past and present, the American Masters website offers streaming video of select films, outtakes, filmmaker interviews, the American Masters Podcast, educational resources and more. The series is a production of THIRTEEN PRODUCTIONS LLC for WNET.

Major funding for American Masters – Toni Morrison: The Pieces I Am is provided by AARP and JustFilms / Ford Foundation.

About PBS Trailblazers
In the summer of 2020, PBS is celebrating the women’s vote centennial with a slate of multiplatform content honoring and commemorating U.S. women’s suffrage, the feminist movement and modern-day changemakers. AMERICAN EXPERIENCE «The Vote» tells the story of the campaign to grant women the right to vote, a transformative cultural and political movement that resulted in the largest expansion of voting rights in U.S. history. AMERICAN MASTERS «Unladylike2020» is a multimedia series featuring courageous, little-known and diverse female trailblazers from the turn of the 20th century. «And She Could Be Next» (w.t.), a POV miniseries, follows women of color as political candidates and organizers who seek to expand the electorate, asking whether democracy itself can be preserved — and made stronger — by those most marginalized. And a two-part FIRING LINE WITH MARGARET HOOVER special documents what motivated several conservative women to run for office. Two fan-favorite PBS series will salute female changemakers: AMERICAN MASTERS with «Toni Morrison: The Pieces I Am» and «Mae West: Dirty Blonde;» and GREAT PERFORMANCES with «Gloria: A Life,» about Gloria Steinem, and «Ann,» about Texas governor Ann Richards. ANTIQUES ROADSHOW spotlights outstanding contributions from female athletes, artists, activists and more in the all-new special «Women’s Work.» The lineup also features two new miniseries: PREHISTORIC ROAD TRIP, hosted by the Field Museum’s Emily Graslie, who embarks on an epic adventure through America’s fossil country; and BBC co-production ROYAL HISTORY’S MYTHS AND SECRETS WITH LUCY WORSLEY, who investigates notable women and their roles in historical events. In addition, PBS will encore the critically acclaimed and award-winning FRONTLINE documentary «For Sama,» an intimate yet epic journey of one woman’s experience of the Syrian war.