LONDON, Nov. 24, 2021 /PRNewswire/ — Film the House is delighted to announce the latest homegrown talent when it comes to up-and-coming filmmakers and scriptwriters. Run in collaboration with parliament, the annual film and scriptwriting competition for UK-based student and independent filmmakers is a fun and innovative way of highlighting the importance of intellectual property rights among creators, legislators and the general public. 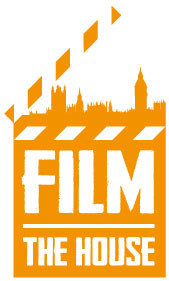 This year’s competition receives parliamentary sponsorship from Lord Clement-Jones, Jo Stevens MP and Giles Watling MP. Categories include Best Script and Best Short Film, with both under and over 19 prizes, as well as Best Film Direction for under and over 19. An expert industry panel of leading figures from across Britain’s creative landscape chose the finalists.

The shortlists for this year’s competition are:

Best Film Script 19 and Over

Best Short Film 19 and Over

Prizes for the winners include:

All shortlisted entrants will be invited to the Film the House Winners’ Ceremony at the House of Commons on 18 January 2021 where Helen Lederer, writer, comedian and actor, will compère the ceremony.

Disney, together with its subsidiaries, is a diversified worldwide entertainment company with operations in four business segments: Media Networks; Parks, Experiences and Products; Studio Entertainment; and Direct-to-Consumer and International.

ALCS is a not-for-profit organisation started by writers for the benefit of all types of writers. Owned by its members, ALCS collects money due for secondary uses of writers’ work. It is designed to support authors and their creativity, ensure they receive fair payment and see their rights are respected. It promotes and teaches the principles of copyright and campaigns for a fair deal. It represents over 110,000 members, and since 1977 has paid around £570 million to writers (alcs.co.uk).

About The Motion Picture Association

The Motion Picture Association, Inc. (MPA) serves as the global voice and advocate of the motion picture, home video, and television industries. It works in every corner of the globe to advance the creative industry, protect its members’ content across all screens, defend the creative and artistic freedoms of storytellers, and support innovative distribution models that bring an expansion of viewing choices to audiences around the world.

Viacom is home to the world’s premier entertainment brands that connect with audiences through compelling content across television, motion picture, online and mobile platforms in over 160 countries and territories.

Directors UK is the professional association of UK screen directors. It is a membership organisation representing the creative, economic and contractual interests of over 7,800 members – the majority of working TV and film directors in the UK. Directors UK negotiates rights deals and collects and distributes royalties to its members. It also campaigns and lobbies on its members’ behalf and provides a range of services including legal advice, events and career development. Directors UK works closely with fellow organisations around the world to represent directors’ rights and concerns, promotes excellence in the craft of direction and champions change to the current landscape to create an equal opportunity industry for all.

Netflix is the world’s leading streaming entertainment service with 214 million paid memberships in over 190 countries enjoying TV series, documentaries, feature films and mobile games across a wide variety of genres and languages. Members can watch as much as they want, anytime, anywhere, on any Internet-connected screen. Members can play, pause and resume watching, all without commercials or commitments.

Prime Video is one of the world’s leading streaming and on-demand services, offering customers a vast collection of TV shows, movies, sport and more — all available to watch on practically any device. Now available in more than 240 countries and territories, Prime Video offers a broad selection of any on-demand video service, including critically-acclaimed Amazon Originals Series such as the multi-award-winning The Marvelous Mrs. Maisel, Tom Clancy’s Jack Ryan, The Boys; UK-produced hit Amazon Original series like Good Omens, The Grand Tour, Clarkson’s Farm and forthcoming drama series The Power, Jungle and The Rig. Plus live sport including English Premier League football and the Autumn Nations Rugby Tournament. All available as part of a Prime membership for just £79 per year or £7.99 a month. New customers can find out more at www.amazon.co.uk/primevideo and subscribe to a free 30-day trial.